Living Through the Unimaginable! 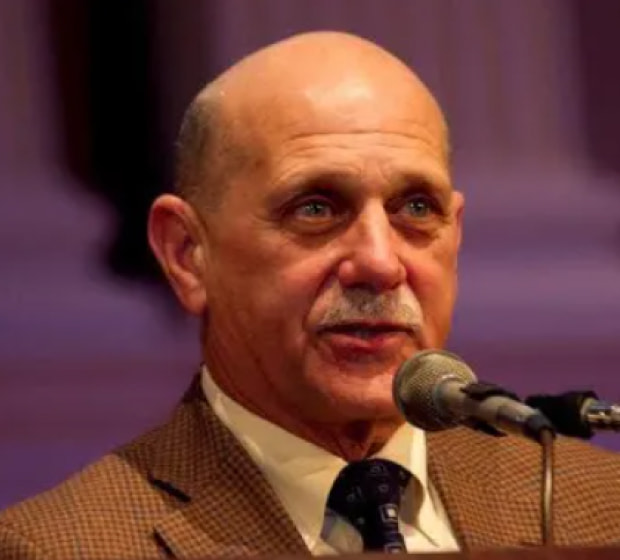 According to the New York Times, “the death toll fromAmerica’s opiate epidemic topped 59,000 in 2016, more than the deadliest yearof gun violence (1993), more than the worst year for auto fatalities (1973),and more in one year than in all the years of the Vietnam War.”  Drug use is at an all time high, withcollateral damage continuing to escalate, leaving a wake of pain and shatteredlives behind.  Although it’s tragic whenoverdose occurs, it also leaves behind the shame and stigma associated withaddiction, even if family members aren’t addicted themselves.  Families, who have been through theemotional, financial, and spiritual wringer of addiction, live with the painand wreckage left behind, on top of losing their loved-one.

Though society provides cold statistics of opioidcasualties, it seldom sheds light on the parents, children and family membersof those whose lives are cut short when overdose takes someone they love.  This essay is an attempt to not only describethis experience, but to give expression to the emotional state of those whohave gone through it, in hopes of helping others who experience the samedevastating loss and grief.

Treatment professionals talk of addiction being a “familyillness,” something that affects all who come in contact with it, regardless ofwhether they use drugs or alcohol or not. Everyone living around addiction gets caught up in its web.  The stress, heartache, anger, fear, helplessnessand frustration that accompany addiction often make those individuals equallyas sick as the addicted.  Overdose deathevokes feelings of sadness and grief over the loss of life, ignites feelings ofanger and hate toward addicts or addiction, or possibly a sense of relief thattheir troubled loved one is no longer struggling.  Even if the overdose is a case where the userwas not a long-time addict, but just beginning their drug use or an occasionaluser who was unlucky enough to get a really potent dose or attempted to use toomuch, the outcome is sadness, grief, and a sense of loss.  Although all overdose deaths are tragic, it’sthe young lives who fall victim to this phenomenon who tend to touch a soft-spotin our hearts.  As the number of overdosedeaths climb higher and higher, the age of users gets younger and younger.

It may seem easy for most folks to acknowledge how sad thissenseless loss of life is, or how the “drug problem” in our nation has gottenso out of hand, reaching what is being called an epidemic, as long as itcontinues to happen to other folks, in other social circles, not theirown.  However, when overdose death causedby drugs happens to someone close to you, especially your child, it changes youand changes your thinking, the way you feel, your whole life!  It’s difficult to describe the process oflosing a child (or parent, sibling) to overdose, and although there might besimilarities in the experience, it’s not the same for everyone.  Trying to explain it in generalities orcommonalities is not only inaccurate, but is unfair to those experiencing it.

There’s a line in the song “It’s Quiet Uptown” from themusical Hamilton, which attempts to describe the emotional state Eliza andAlexander Hamilton experienced following the death of their son Philip.  It begins with “there are moments that thewords don’t reach, there is suffering too terrible to name,” and ends with “youhold your child as tight as you can, and push away the unimaginable.”  After spending time with parents who havelost their loved ones, mostly children, to overdose, that last line reallyamplifies for me what their experience is; trying to push away theunimaginable.

As we gathered in this small upstairs music room at a smalllocal church on a hot and humid August night for a Coping Today Grief Support Group,sponsored by Learn2Cope, I had no idea of exactly what was going to expect, orwhat would happen there.  Initially, itwas the facilitator who had invited me, and I alone in the room; waiting.  At approximately 6:20 people began to joinus, not many, and they came in mostly by themselves, except for a grandmotherwho had lost her daughter.  She came withher grandchild (her daughter’s daughter) who had lost her Mom to an opiateoverdose.  Some were older than others, andin various stages of their grieving process, but they all came with a look intheir eyes that struck me, a look of sadness and pain that I couldn’t avoid.  It kept me up most of that night as I lay inbed trying to fall asleep.

The group welcomed one another in as they looked at me,trying to get a quick read on who I was, even though my presence at the meetinghad been discussed and approved prior to me just showing up.  It felt as though they were trying to get asense of whether or not they should trust this stranger, and welcome him intotheir private space, where they get to talk about their unimaginable pain, orto just be around others who don’t judge them, who understand their grief, andsimply accept them as they are.  As theygathered in the semi-circle of arranged folding chairs, greeting one anotherwith friendly, but often-strained smiles, we began to chat about benign things,the heat and humidity, the traffic, and the noise outside the church with thewindows open.  As the conversationprogressed, it seems like we just eased into the meeting, without a formalopening or start.  At one point thefacilitator (Kathy) introduced me, and we continued to talk about my interestin their group, and my hope of writing a paper or publish an article on theissue of what happens to those left behind when a child, parent, or family memberdies from a drug overdose.  I expressedmy thoughts, and explained what I was hoping to do with what I might learn fromthem about the issue.  I emphasized thepoint that I was not interested in disclosing their names or any identifyinginformation, and asked for their permission to sit through their group, askingquestions when appropriate, or providing input, but mostly just listening. Theywillingly agreed that it would be fine for me to remain, but I could very muchsense the feelings of fear and discomfort in the room.  It was never stated, but felt, which promptedKathy to ask me to disclose some of my own personal history to assure them Iwasn’t there as a journalist or someone simply looking for a story.

As I provided some of my history and experience withaddiction, death of loved ones to substance use and my journey of recovery,they seemed to engage in a more relaxed fashion.  I could feel the room open up as these courageouspeople began to talk about their pain, looking one another (and me) directly inthe eyes.  With nowhere to escape or hidefrom their grief and pain, we could only engage it, and try to sit with it.  Although some had experienced their loss aslong as 3 years ago, there were others who had only recently (4 months)experienced it, and were pretty raw.   Whilelistening to them talk about their loss and the pain of their grief, the timethat had passed since losing their loved-one didn’t seem to matter.  They spoke as if it had just happened, as ifthey were somehow frozen in that time. One of the first speakers who, while fighting to hold back her tears,talked about what she called “the initial blow.”  She described it as “devastating, allconsuming,” and said it “felt like I couldn’t take a breath.”  She spoke about how the loss of her son has“consumed me all the time and everywhere,” how there is no escape, and “nothingis the same after.” She shared how losing her child has impacted herrelationships with her other children, and how hard it is for her.  The emotions in the room reminded me of apiece I had read about a mother, Victoria Allendorf, who lost two of her sonsto opiate overdose at the same time.  Shedescribed it as “the moment we lose our soul; we die with our children.”  She also went on to say in her interviewthat, “the silence of everything we lost is loudest at night.”

The more the group spoke, sharing their raw emotion andheartache, the closer it drew the rest of us into their pain.  We leaned toward each speaker, forming atighter circle, connecting on a gut-wrenching emotional level, bringing uscloser and closer together.  Another Momtold the group of how hard it is when telling people how her son died, the“anticipated reactions of shame” once she says those dreadful words, “heoverdosed.”  She painfully described howshe immediately feels judged by them, and begins thinking “it’s my fault, I’m ahorrible parent,” and worse, that somehow mine is less of a loss than anyoneelse who has experienced losing a child.

Halfway through the meeting, when the group was emotionallywide open, the young woman who had lost her Mom to overdose, and could hardlyget her words out, said one of the most profound and powerful statements of theevening. “My Mom was doing the best she could.” Her comments made clear that she was proud of her Mom for trying toovercome her sickness, and that, regardless of the conditions which finallytook her, she loved her Mom unconditionally. That is the power of love, which for this evening, overpowered thesadness, grief, and even shame they felt. Others wanted me (us) to know that their loved-ones were “so much morethan just an addict,” they were wonderful, gifted, loving and brilliantchildren who suffered from an illness called addiction.

Strangely enough though, even amid all the pain and sadness,there were brief stories of love and shared laughter, which seemed out ofcontext given where we were and what we were discussing.  It felt as though sharing their pain had alsoallowed them to access another side of their experience, balancing the pain andsadness with some levity and cherished memories of little things their lovedone might have done or said, or quirky behaviors they hold onto as some sort ofconnection to those they have lost.  Afterhearing these courageous people openly share their most painful and sensitiveemotions, interspersed with some wonderfully tender memories and funny stories,the direction of the conversation shifted when I asked, “what helps you getthrough it, this unimaginable loss?”

Although the responses were varied, they held someconsistency around the value of community and connection, having somewhere theycan go where they don’t feel judged, where people understand them and can becompassionate towards them.  A placewhere they don’t have to fight against the shame and stigma so often associatedwith addiction, especially addiction to opioids.  One spoke of her church, and the loving,nurturing support of those involved with the church, who allowed her to “feelsafe and not ashamed, and where people get me, with no need to explain.”  Many talked about the value of groups like theone we were in, and how it provides a safe haven, where no one judges orcompares, “we simply accept and comfort one other,” and that is what helps themsurvive the unimaginable. 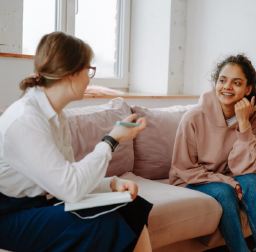 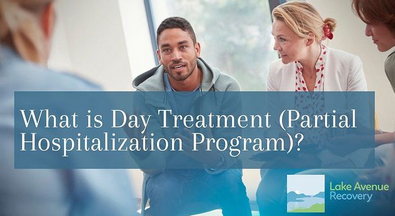 What is Day Treatment/Partial Hospitalization Program?